Here it is. I haven’t got the brains to be coherent in writing right now. it has been a long day.

Here is a visual summery of a long and cathartic day. The 5 senses garden was delivered and installed in place.

There is still work to be done. but it is all there.

WOW, I have enjoyed myself. 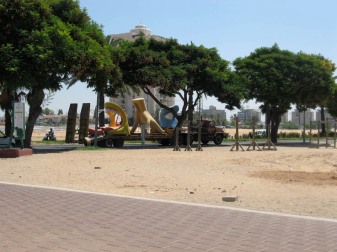 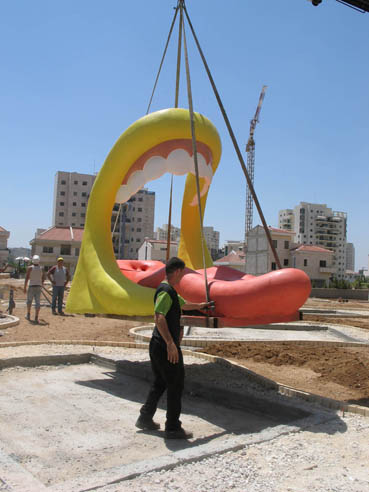 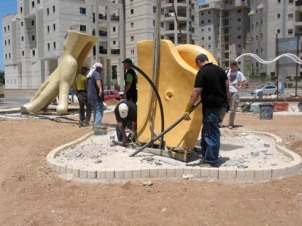 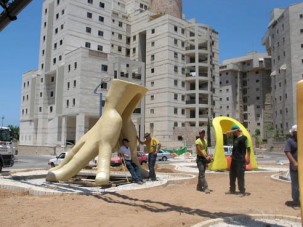 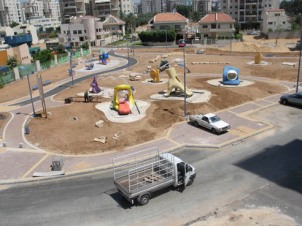 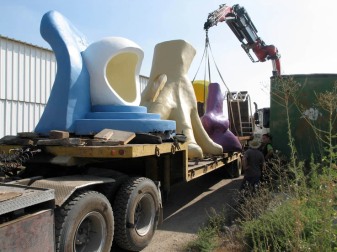 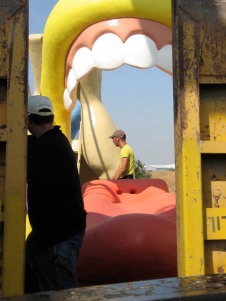 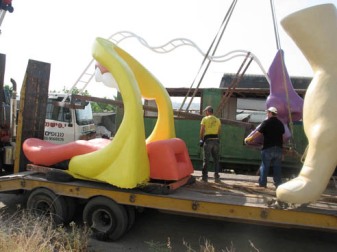 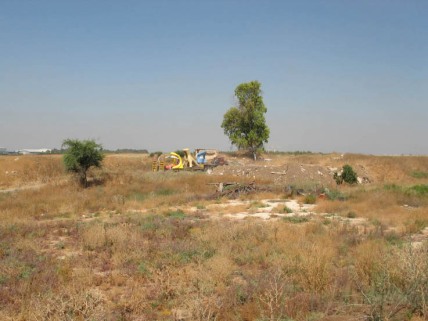 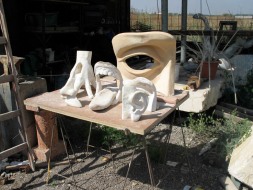 This is my second trip to Israel in the past two weeks. The five senses Garden is taking shape and soon also colour.

I have debated with myself, the family, Friends and colleagues about the colours for the sculptures.
My initial idea was to be faithful to my source of inspiration: the giant sculptures fractions at the Campidoglioin in Rome, and keep it all in white.

Well. in the meantime, life got in the way and colouring the elements turned out to be inevitable. So, here is a Photoshop simulation of the coloured version.

Some of the photos revel two of the great people who sculpt and realise this dream for me: Or- Shuki’s son who is in fact responsible for the translation of the model into its current dimension. and Shahar, who lend a wonderfully helping hand.

Sight+Shahar, working on the eye, Or, brushing teeth

Last week Lapid wrote about a legend and a man whom I greatly admire – Leonard Cohen.

It is a tricky task to illustrate Cohen’s poetry. In fact, all poetry lends itself with great difficulty to illustration, if at all. By nature, poetry, is charged with emotions as it is, to my understanding, a matter directly emitted from the heart.

I am usually shying away from making portraits, however, I have made an effort this time. After all, Leonard is family…

I am bringing here the lyrics of Cohen’s poem/song Who By Fire. first of all, because I just love it, and secondly as it was brought to the reader in Hebrew this week, beautifully translated by Lapid

And who by brave assent, who by accident,
who in solitude, who in this mirror,
who by his lady’s command, who by his own hand,
who in mortal chains, who in power,
and who shall I say is calling?